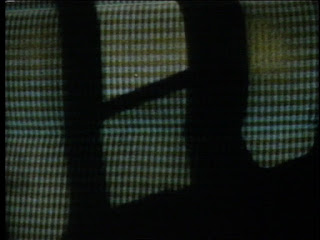 Having completed part two of the Apostrophe S trilogy with Hangway Turning in 1900, it was time to turn to part three. Except there wasn't really a third installment, with most of the what one might now call hauntological elements about ghost sightings, ley lines and shifting landscapes having been suitably explored in the first two parts. Nonetheless an application was made to South East Arts (who had generously supported the previous two projects) with an outline detailing the further research of Thomas Cubitt. Things had moved on at SEA however with TV people now on the grant selection panel and a more commercial remit being adopted, part of that idea that took hold in the late 1980s and early 90s that experimental film was really only a stepping stone to feature production. So the application was declined, I did however later that year pick up a small development grant of a few hundred pounds from Greater London Arts which paid for about twenty rolls of super 8. A small crew was assembled from members of Paul Bush's film workshop, of which I had become a member, and we spent a few nights down in Greenwich in the what was then still industrial dockside. There was a vague espionage narrative, which was really a cover for another shifting landscape scenario with a figure appearing and disappearing in a maze of half-lit alleyways. Using only available street lighting, even the fast black and white Tri-X film stock was really not fast enough to capture more than occasional highlights. 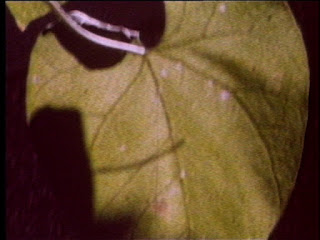 A few grainy reels was all that emerged and the project was sensibly put on the shelf. On the fridge shelf however were six or so reels of unexposed colour Super 8 stock left over, and these were used to shoot the footage that would then become Shadowman. Up to this point most of my moving image work had involved solitary figures in some way interacting in a quasi-choreographed way with the landscape. The landscape setting and the symbiotic relationship with the person filming it (occasionally glimpsed in shadow) now became the sole focus. In many ways the material explores quite painterly concerns of light and shadow both in the undergrowth and on of empty train compartments. Many of the shots are repeatedly looped and there is a touch of structuralism when these are married asynchronously with the predominantly tape looped train sounds. This structural element is offset by the hints at biographical narrative involving a character forced to live on the outskirts of town, who spends his days wandering the abandoned and overgrown gardens of once grand mansions. All a thinly veiled reference to my own relocation at the time to New Eltham, a godforsaken suburb on the border between London and Kent. 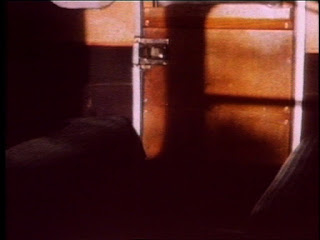 A completion grant of about £1,000 from GLA paid for a telecine to Umatic video and enough editing time to finish the work. Shadowman was given its first outing along with other work supported by GLA at a preview theatre in Dean Street. A small number of other screenings followed including at the London Film Festival and the European Media Art Festival. Around this time I also shot  three reels of Standard 8 film using multiple exposures and in camera overlays. These single screen pieces were to the last ones I made during the 90s as I then began to explore a more installation based practice. Shadowman hasn't been seen since even on line so here is a reasonable copy made from a DV transfer from the Umatic.

Posted by Philip Sanderson at 5:32 pm No comments: