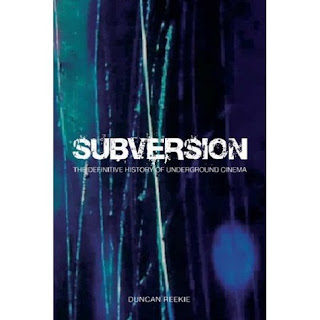 Last night went to the Horse Hospital for the launch of Duncan Reekie’s new book Subversion –The definitive History of Underground Cinema. Less your usual drinks and canapés book launch this was more of a screening programmed by Duncan with as one might expect contributions by Exploding Cinema stalwarts.

But what of the book itself? Well in these quarters the publication has been much anticipated as an alternative to the recent wave of books by those working inside the artists film & video sector. Whilst not without their merits as Duncan points out the publications by Al Rees and David Curtis do suffer from an "adopted objectivity". When talking of key UK films & videos they often omit to mention that it was they who through stewardship of the awarding committees ensured that these films were made in the first place. Now nobody would fund work which they thought to be of poor quality but subsequently to publish critiques which endorse and celebrate such work is a little like writing your own children’s school reports. Reekie in contrast as something of an outsider brings to bear a different perspective (if not quite objectivity) and this is refreshing.

But is this the definitive history? Well maybe not – Duncan is rather enamoured with the  radicalism of the low or no budget underground cinema. Spending taxpayer’s money does confer upon the recipients a responsibility to spend that money in an accountable and for want of a better phrase a democratic manner; something, which the established film & video sector has always shied away from. It does not necessarily follow however that because one funds one's own productions or organises screenings on a collective basis as the Exploding Cinema has done for a number of years that one can always adopt the higher moral ground. An open screening/access policy and collective decision making meetings do not always ensure the objective they purport to support. Indeed for many years the LFMC had such a policy and this actually did little more than perpetuate the distribution of work by just a handful of filmmakers such as Malcolm Le Grice and Peter Gidal.

The self-conscious radicalism of Duncan's prose can also veer into indignation, especially when talking of the failed Lux project. The demise of the Lux was a tragedy and should not have been allowed to happen but the £4.5 million spent is by Lottery standards rather small beer. Indeed that the Lux was allowed to collapse for such relatively small sums shows the establishment’s lack of commitment to artists film & video at the time. One might recall that the Royal Opera House gets some 27 Million every year for its minority art form from the Arts Council and one wouldn’t even want to start adding up the Lottery millions the Film Council has wasted on trying to kick start the UK film industry. Alongside the lost money one might bemoan the hours of low and no paid work put into the project by staff and board at the LFMC particularly in the ten year run up to the opening of the Lux. When I worked there for about 8 months in 1997 most of the staff were being paid 15 thousand a year and putting in a 50-hour week. The LFMC at the time was getting roughly £46,000 a year from the funders. Compare this with the AHRC award of £148,000 given in the last three years to simply establish a database of key documents and narrative chronologies of artists’ film and video distributors.

Nonetheless despite these caveats Duncan’s book does contain many fresh and distinctive insights and is a very welcome addition to the literature on the sector.
Posted by Philip Sanderson at 1:26 pm 6 comments:

The Art of Fly Tipping 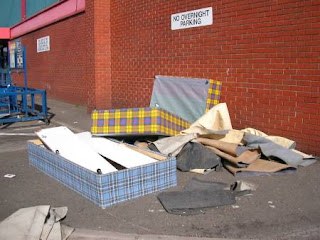 Criminally underrated, Fly Tipping displays all that is best in contemporary sculpture. A relaxed an un-premeditated arrangement of forms that rivals early Bruce Mclean or Anthony Caro, Fly Tips are the ultimate in public art. At ease in both rural and urban landscapes these seemingly effortless compositions stand out in any location. Fly Tips have not always met with a warm reception; described as hideous and ugly by some nevertheless a small but committed number of aficionados are beginning to appreciate their latent beauty and seek to have the best works preserved. A short Fly Tip video is here .
Posted by Philip Sanderson at 3:22 pm 9 comments:

The Unnecessary Object of Desire 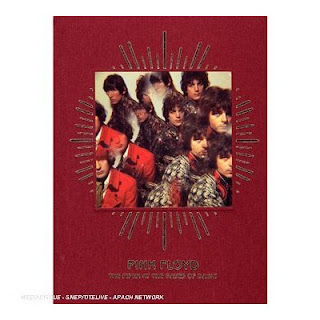 Standing at the roadside it is hard no to be transfixed by the slow motion collapse of the record industry. This high rise building that once dominated the skyline and mediated the listening habits of all that it surveyed is now sinking in front of us as artists begin to give away their music with newspapers or make it free to download.

In a blog entry almost two years ago I asked “how long will we cling to the wreckage of these outdated forms? “In its death throes the record industry at all levels form tiny companies releasing 500 copies to the majors have tried to counter the transparency and weightlessness of the download by making the physical releases self consciously tangible So rather than a single disk in a plastic jewel case one gets a box set complete with remix disks, limited edition posters, booklets, t-shirts anything and everything to give us some excuse to buy the thing even if we will probably rip or download the music to play digitally anyway. A good mainstream example of this is the recent EMI re-issue of the first Pink Floyd album, The Piper at the Gates of Dawn. In a 3CD box set one gets the stereo mix, the mono mix, a further disk with obscurities and previously unreleased tracks and mixes and of course - “The album is packaged in a cloth-bound book format, that will include an expanded 12 page redesigned booklet, plus a reproduction of a previously unseen Syd Barrett notebook from 1967 that contains personal artwork and lyric ideas.”

In the small backwater that is experimental and electronic music, vinyl still holds a certain sway. Vinyl’s sheer physicality gives it a head start on the purchase front as it engenders a strong sense of ownership and the large twelve-inch cover provides a good platform for artwork. There is also something highly ritualistic and fetishistic about having to remove the record from its sleeve, wipe it with a cloth, place it on the turntable (and then only twenty minutes later turn the record over) that further emphasizes the physicality of the whole experience.

One of the key micro companies re-issuing electronic and avant-garde music is the German label Vinyl on Demand. Last year indeed a Snatch Tapes compilation and this year a Storm Bugs record came out on the label; both releases on heavy weight vinyl with textured and embossed sleeves. But these releases are quite modest by the label’s usual standards as lavish 5 LP box sets with inserts and accompanying 7 inch singles and T-shirts etc (for subscription members) are more the order of the day.

Such releases are quite wonderful, bringing together previously obscure and unreleased recordings. Vinyl on Demand is single handedly doing much to archive and preserve music that would otherwise be potentially lost or at the very least go unheard. In a world of dwindling resources though it can seem hard to justify this sheer level of physicality when the essential component - the music could be reproduced as a tiny digital file.

Arguably the actual resources and energy needed to make and ship a 5 LP box set are in the scheme of things not that great (particular as unlike the Floyd re-issue most Vinyl on Demand releases are limited to 500 copies); we probably all throw away/recycle more cardboard and plastic from our weekly shop and if one had a choice it would seem to make more sense to use these resources for the reproduction of art rather than a simple packaging for everyday consumables.

That more energy and resources are being wasted elsewhere of course doesn’t detract though from the slight absurdity of both the Floyd cloth bound CD and the vinyl 5 record box set. Perhaps though we should cherish this last lavish and excessive baroque fling of the record industry (an industry almost synonymous with excess). In ten years when resources are just that bit closer to complete exhaustion, when disposing of items becomes as expensive as acquiring then, when the cost of shipping reflects its true environmental impact then the price of box sets will be prohibitive and they will be seen as a wonderful and deliciously wasteful fin de siecle excess.
Posted by Philip Sanderson at 1:21 pm No comments: 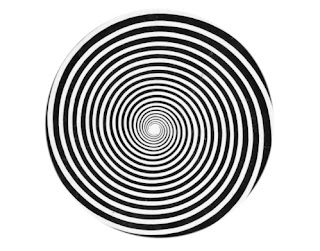 The forthcoming issue of Sound Projector magazine, which will be available later this year, has an interview with yours truly covering all things Snatch Tapes, Storm Bugs and other sound and vision issues. This Friday (the 5th October) there is also a chance to hear my dulcet tones when I join Ed Pinsent on his Sound Projector radio show on Resonance FM. Expect to hear some previously unaired material from the Snatch archives as well as the odd Storm Bugs fave, some new tracks and a selection of fine numbers by non Snatch artists including demonstration records, crackly flexidisks and more. Tune in tomorrow on FM in London or on line anywhere else between 5.30 and 7 PM.

Update - A full tracklisting and podcast of the radio show is now available at the Sound Projector site. Note: scroll to the bottom of the tracklist for the podcast.
Posted by Philip Sanderson at 9:26 am No comments: