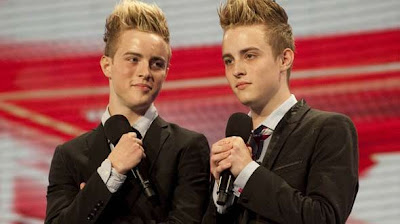 Psychologists and sociologists have long had a thing about identical twins especially those separated at birth as they provide endless possibilities for studies that try to pinpoint the exact impact of nature versus nurture; of the role of genes on our development against that of the environment we are brought up in. In wider society there is also a certain fascination with twins; obsessed as we are in the west with individuality the idea that such singularity can effectively be duplicated throws so many assumptions into something of a tail spin. There is also an underbelly to our preoccupation with twins which is to see something essentially malevolent in their bond and unspoken telepathic rapport with their almost inbuilt ability to gang up on the poor lesser world of us mere individuals. The krays best epitomise this malevolence and it is no surprise that once finally convicted the twins were separated and sent to different institutions; one to Broadmoor the other to prison. To keep both twins in the same institution would have been simply too threatening.

All of these preoccupations find an unlikely expression in this year’s X Factor in the form of the twins John & Edward Grimes from Dublin. In the auditions Simon Cowell took an instant dislike to the twins describing them as vile and willing to trample their grandmother’s grave if it meant success. Cowell himself something of a bully and control freak clearly felt in some way threatened by these two 18 year Dubliners either recognising himself mirrored back (twice) or recalling some playground trauma. Louis Walsh though seeing boy band potential (and interestingly they are in the band category – are twins a band?) and no doubt recalling the short lived though highly lucrative (for their manager) career of Bros put them through to the live shows despite serious shortcomings in their singing. For the last two weeks then the Grimes have performed and despite being largely out of tune and a serious media campaign to have them booted off have remained on the show.

Whilst they survive their performances offer a curious spectacle. More able to dance than most of the contestants they nevertheless struggle to synchronise steps or for that matter vocals. Watching their performance is a little like having your own brain dissected as they constantly dart glance s from one to the other in an attempt to synchronise their routines. The truth seems to be that twins don’t naturally align their performances but offer a simultaneous rendition of two performances by the same artist. If we took any performer, for example Paul McCartney with all his various mannerisms and got him to perform a song twice and then synced up the two versions they would be very similar but annoyingly different. A previous precedent can be found in Barry & Paul Ryan who for a brief period in the 60s shared a stage before Paul retired to write the songs and Barry remained on stage to belt them out. Their shared performances are equally as off putting as those of the Grimes

The answer is perhaps curiously not to get twins to try and synchronise but to either be asynchronous or to echo or anticipate each other combined with odd flashes of synchronisation. It seems nether our brains or theirs can cope with anything else.
Posted by Philip Sanderson at 2:14 pm 8 comments: