So - reels of tape, their flaky iron oxide particles only just adhering to the backing were set in motion, fragile electronic circuits with crackling pots and leaky capacitors were plugged in and found to be still working (just), beards were trimmed, corsets tightened, throats cleared - in short the Bugs were back 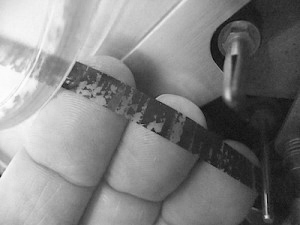 The band (sorry twinset), which had scarcely if ever, played before was on the road. The tour bus long since turned into a home for nesting birds was out of commission so it was Jimmy Saville all the way to Nottingham for the Rammel Weekender. 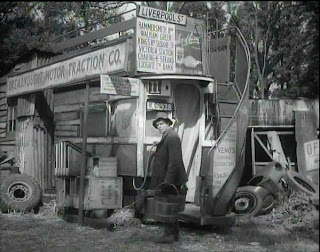 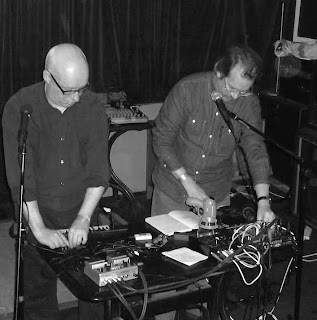 At 9.30 we find ourselves on stage working our way through a set including Car Situations, Dull Sound of Breath, Windowshopping and other tracks that in some parallel universe were Greatest Hiss.
We sang, knobs were twiddled, audio files were looped and treated, far too much delay was applied to everything and in just 30 minutes it was all over and the New Blockaders were on. I was stretchered off with a shoulder injury leaving Prof Cheese to drink for both us.  Fuller reviews of the weekender can be found here (from which the Bugs pic above comes) and here.
Posted by Philip Sanderson at 12:07 pm No comments: 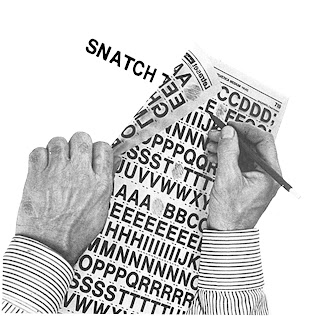 Posted by Philip Sanderson at 11:50 am No comments: