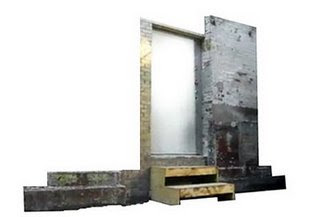 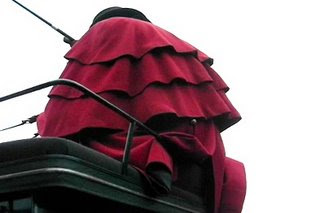 Historically cinema has offered two opposing modes of reception, passive and active. In the passive mode we are swept along by the whole illusion of cinema; embedded in the narrative construct of seamless edits and musical accompaniment; we give ourselves up to the flow of the frames. Such is the stuff of Hollywood and popcorn. In the active mode the filmmaker keeps us restless in our seats by constantly re-asserting the illusion of representation. As viewers we are called to action; even if it is only to get up and leave our seats for whilst passive cinema can be a heady narcotic that leaves us ultimately drowsy and empty, active cinema can in the hands of some avant garde filmmakers pursue the denial of pleasure as almost a raison d’etre.

One form of active cinema that engages more than most is Expanded Cinema. Expanded Cinema draws attention to the act of projection itself by employing multiple screens and projectors, and a general level of performativity that involves projectionist/artist, space and audience. However the term Expanded Cinema (originally coined by Stan VanDerBeek) is quickly acquiring something of an historical edge, rather in the same way that happening or environment are connected to the heady days of the 1960s. Increasingly Expanded Cinema conjures a world of clattering projectors and mid to late twentieth century equipment, filmmakers and aesthetics.

As a concept though Expanded Cinema has an ongoing relevance particularly as a potential paradigm for video on the web. Watching a streamed movie file is everything conventional cinema isn’t. Rather than being in the dark often as not we are in a brightly lit room. Instead of sitting back in a well upholstered chair we are sitting upright no more than three feet from the screen watching a screen that far from enveloping us is often filled with text and other potential distractions. Most importantly of all we not at the mercy of the projectionist we can start, stop and move between files and perhaps consequently rather than being 90 minutes long most online movies are 2-3 minutes in duration.

All of these factors can either be seen as problems to be solved or as potentially fertile ground to be explored. The success of YouTube has demonstrated an appetite for the making and viewing of short movies on the web and indeed has created something of a cinema of spectacle but the potential both for a democratization of film production and distribution and for the emergence of some new form of expanded cinema has so far yet to be fully realized.

As is often the case the more interesting attempts to create an expanded web cinema are occurring at the margins. One such project is Spacetwo : Patalab. At first glance Patalab might seem like just another video blog with its almost daily postings of short works. In Spacetwo however there is a subtlety and complexity to the works that in part is underpinned by the maker’s undivided preoccupation with the seemingly unremarkable. Its is the nuances of space and time and of attention lavished on things that are perhaps designed not to be looked or that seek out obscurity that that elevates these everyday musings to a heightened poetic state. Patalab is as an ongoing project with seemingly no declared beginning, middle or end has echoes of Marcel Proust’s work and its continual obsessive return to the same territory, to the same places spaces and thoughts and the passage through them and back again.

Nearly all of Patalab’s video are shot hand held tracing simple steps through buildings and rooms. We move slowly up flights of stairs, down corridors along walls, pondering details as we go; a stack of chairs, an open window, a cornice or skirting. Occasionally legs and feet emerge in front of the camera as do overhead voices on the soundtrack but these are not voodles about people but about the resonance of space. Building day after day these two to three minute works create a library or repository of images from which the viewer can draw or withdraw. There is a willful denial of narrative progression and the audience is called upon to realize that they are re-tracing their own steps; going back to the same familiar passage. Forced to confront everything again till eventually seeing it all for the first time.

Into this charged space seeps the text for, all the Patalab voodles ( a contraction of video and doodle) are laced with quotes; quotes and passages from a variety of sources including philosophers artists, scientists, poets, religious thinkers. Enigmatically removed from their original context the text and ideas float on the browser page before leaking slowly into the videos. Nether obscuring or informing the quotes and links are tangential to each other and to achieving a strong sense of deconstructed purpose. A context of possibilities, open endings and beginnings; again echoing both Proust and the more absurdist Alfred Jarry Patalab is a rich source of endeavor that demands repeated viewings.
Posted by Philip Sanderson at 10:01 pm

thank you so much
for the kindness of posting the precise & thought provoking review(s) of patalab's activities... a sort of expanded (micro) cinema, and, as i recently found out, a continuation of the famous scopitones, in digital form, without the songs...

Ah yes the scopitone - perhaps a modern version would be the patatone or voodletone, maybe voodlerama, though I still like patamatic cinema