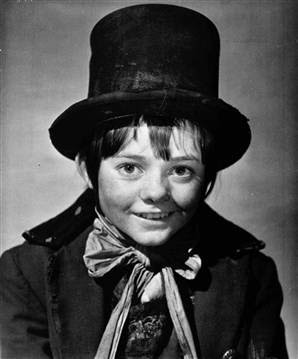 Tune in this coming Friday the first of August at 5.30 to Resonance FM and the Sound Projector radio show for 1 hour 30 minutes of Voice Box; a montage of spoken word ill matched and yet perfectly set to music and/or vice versa. All selections by Ed Pinsent and Philip Sanderson.

Update on August 6th: a full track listing is now up on the sound Projector site.
Posted by Philip Sanderson at 8:27 am 9 comments: Links to this post

When musing a couple of weeks back about Le Grice I began looking at the painterly aspect of such practice. Cautious as one is about the term painterly there is definitely something in Le Grice’s work which is reminiscent of forms of depiction associated with early 20th century oil on canvas practice and in particular cubism. 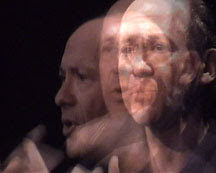 In Le Grice's a Lecture to an Academy (10 min, video, 2005), different passages from a lecture by Peter Gidal in Karlstad Sweden are mixed together so as to create a multi faceted representation of the talk. The more usual cinematic and sequential nature of depicted time and space are replaced by a simultaneity of perspectives.

Its easy to see how both conceptually and visually this relates to cubism. The difference of course is the factor of time; on a basic level Le Grice’s piece is time based and a cubist painting is static. However an element of cubist painting was that not only does it present a complexity of viewpoints upon the subjects but also that these viewpoints are also an expression of a disrupted and fragmented time frame. These time frames are effectively unlocked by the viewer as their eye moves across the painting reading the painting. In other words the cubist painting is essentially a distilled time based piece. The idea of compressed time in a painting is of course not unique to cubism indeed the very trajectory of painting up to modernism was associated with narrative and the “telling” of biblical, mythological or everyday stories. The difference with cubism is that there is no order or sequence to the timing, and no story to unfold or read. This avoidance of narrative is a central value of Le Grice and other materialist filmmakers practice.

So we could say Le Grice is pursuing and expanding upon representational and depictive problems or issues first encountered some hundred years previously. Bald as such a statement might be there probably is some truth to the notion that a great deal of experimental film practice did indeed struggle with problems that their predecessors had grappled with on canvas. One could ponder for example Brackhage’s preoccupation with Turner and so on. Productive as such a comparison might be perhaps there is something potentially more interesting going on if we were to look at the relationship of cubism to early cinema. 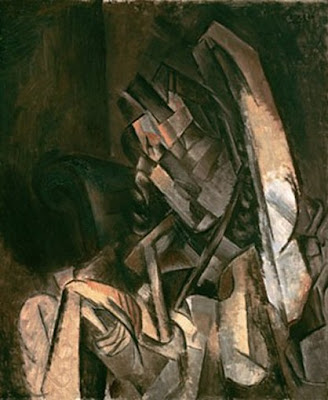 
In an exhibition last year entitled Picasso, Braque and Early Film in Cubism at the PaceWildenstein gallery in New York the influence of early film on cubism was explored. Alongside visiting the cinema being part of the cultural backdrop that informed cubism more arrestingly the exhibition investigated the idea that “the two artists were just as taken by film’s processes, its camera angles, lighting, shadow patterns, fades and dissolves, and editing techniques, especially time lapses and overlaps that followed the principles of segmentation, division, and alternation to create a unique pattern of scanning within the frame” (extract from press release).

The argument that cubism was effectively responding to cinema’s depiction of time and space by focusing on the “segmentation” and “division” would chime with the work of Tom Gunning, who in his 1986 essay, "The Cinema of Attractions: Early Film, Its Spectator and the Avant-Garde" argues fro the non narrative uses to which editing, time lapses and so on where used in early cinema. In other words tools and techniques that would later be used to create seamless narrative flows initially were in early cinema only to pleased to draw attention to themselves. Here for example is a Georges Melies, Un homme de tetes - from 1898.

This then presents a potential conceptual flow from the early cinema of attractions or what might in this context be called disruptive cinema through a distillation in cubism of the multi faceted and a re-exploration in structural materialism of such concerns once again within the time based.
Posted by Philip Sanderson at 10:18 am 7 comments: Links to this post