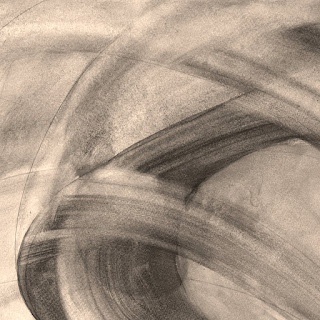 In 2014 Snatch Tapes released the album Back Projection. It was something of a first in the Sanderson oeuvre in that it was only released digitally on Bandcamp without any physical format being available, and more significantly it was largely a collection of songs. Of course the first Storm Bugs EP Table Matters back in 1980 contained songs of a sort, and the second single "Tin" was very much a song, however aside from "The Bugs are Back" the post 2000 Sanderson output (Seal Pool Sounds and Hollow Gravity) had been almost completely instrumental with some spoken word. The tracks on Back Projection all started as free-form analogue synthesizer and sequencer improvisations using a long delay time to build up polymorphous patterns. With the addition of vocals and some judicious editing these tracks morphed almost accidentally into songs.

The Bandcamp/digital only release meant the release received limited attention, though Jerry Kranitz from Aural Innovations wrote a nice review using his extensive years of listening to all things Kosmiche and left field to draw out many comparisons, even commenting that the title track was "like a twisted cross between Peter Hammill and Anthony Phillips". Five years on it seemed a good time to give the material another airing, and indeed a wash and brush up by way of a subtle remastering, and in the case of "Wonder Where you Wander" a remix. The tracks have been re-ordered, and there are two bonus tracks, "Window Hill" originally on the Linear Obsessional Christmas compilation View From A Hill, and "White Van Man" something of a tongue in cheek punk track I have grown fond of. Lastly there is new cover image taken from a recent painting. Free to download for the next month. So here goes nothing...
Posted by Philip Sanderson at 6:34 pm